Migraine affects approximately 12% of adults and 5 to 10% of children and adolescents. Often, these migraines have an external cause, such as stress or an odor, and can be reduced when identified. In this article, you will discover the most common migraine triggers you should focus on.

According to the National Headache Foundation, some foods can trigger migraines.

Among the foods most cited as triggers of migraines are: chocolate, aged cheeses or processed meats.

Foods triggering migraines are not the same for everyone. So pay attention to what you eat before your episodes of migraines to establish a possible link.

Stress, and in particular, the period of relaxation that follows the stress episode seems to trigger migraines.

In fact, a Wake Forest Baptist Medical Center study found that migraine-prone adults who participated in 8-week meditation and yoga workshops had shorter and less intense migraine episodes than those treated medically.

On the one hand, because they can cause dehydration, responsible for migraine.

And secondly, because they contain preservatives, such as nitrates or sulphites, that can cause migraines.

The most cited drink as a migraine trigger is red wine.

Too much sleep, not getting enough sleep, or changing your sleep patterns can trigger a migraine.

Indeed, our brain loves the routine. For example, disruption of the circadian rhythm (rhythm of sleep) by irregular hours, night work, or sleeping late at weekends, may increase the frequency of migraines.

Some sensory stimuli have been identified as triggers by people who suffer from migraine.

Indeed, some migraine sufferers are particularly sensitive to sensory stimuli such as noise, intense light or heady perfume.

In this case, the only way to avoid migraine is to avoid exposure to these stimuli.

According to a study conducted by researchers at the University of Cincinnati, and published in the Cephalalgia newspaper, migraines have a 28% chance of occuring during a storm.

For researchers associated with this study, the electromagnetic waves emitted by lightning could trigger these migraines.

In addition, although there are still no studies that have established a link between migraine and rain, people prone to migraines often report having more on rainy days!

In fact, people who consume large amounts of caffeine each day are more likely to suffer from headaches and migraines.

On the other hand, for a heavy drinker of coffee, reducing of the usual dose can trigger a migraine episode.

Yet, coffee is also known to treat migraines. Caffeine is often found in migraine medications, and many migraine sufferers see the pain reduced considerably with sugar-free black coffee.

Indeed, when a close family member has migraine attacks, the likelihood of suffering from such attacks increases.

In addition, in a 2013 study published in Science Translational Medicine, researchers at the University of California identified a genetic mutation associated with migraines.

More recently, the results of the largest genetic study ever (based on DNA of 375,000 people) on migraine, published in Nature Genetics, reveal that 38 genomic regions are associated with migraine.

Fluctuations in estrogen levels, whether due to menstruation, contraceptive pills, pregnancy, or menopause, can trigger migraines.

These changes in estrogen levels may also make you more sensitive to migraine trigger mechanisms.

If you are on a pill and notice that you have more migraines between your period of ovulation and your period, talk to your doctor.

10. Skipping a meal and not drinking enough

Skipping a meal or fasting can trigger a migraine attack, as well as not drinking enough water.

Eat at fixed times and drink about 2 liters of water a day to reduce the risk of migraines. 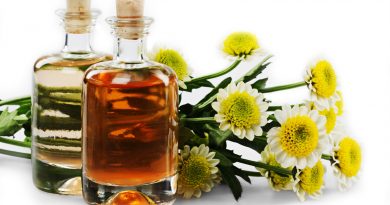 5 Essential Oils for the Cold Season 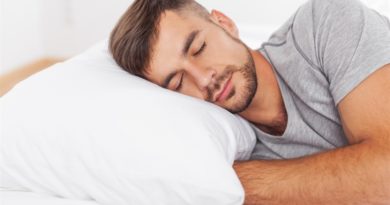 8 Diseases You Can Get From Kissing